The Dealer Trilogy By Steve Wilson 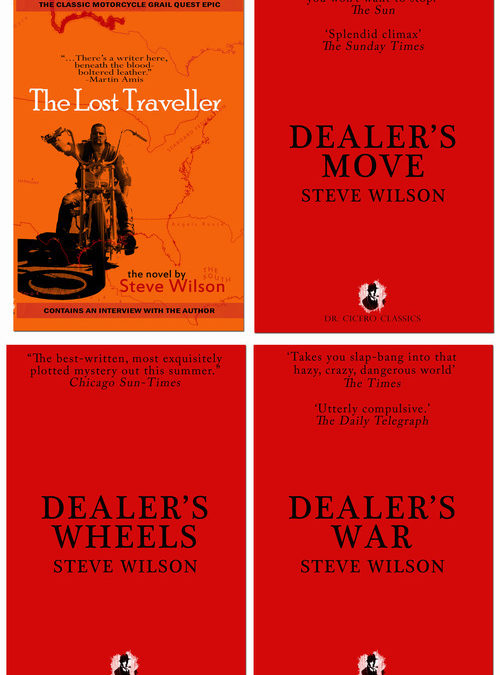 Steve Wilson’s gripping trilogy about Jack, a small-time dealer who gets caught up in major-league vendettas, is now available in digital form for the first time.

The highly-praised trilogy “takes you slap bang into that hazy, crazy, dangerous world,” according to the Times of London.

Wilson’s bestselling novel, The Lost Traveller, was released this past summer in paperback by Dr. Cicero. The book, since its original release, has sold a quarter of a million copies.