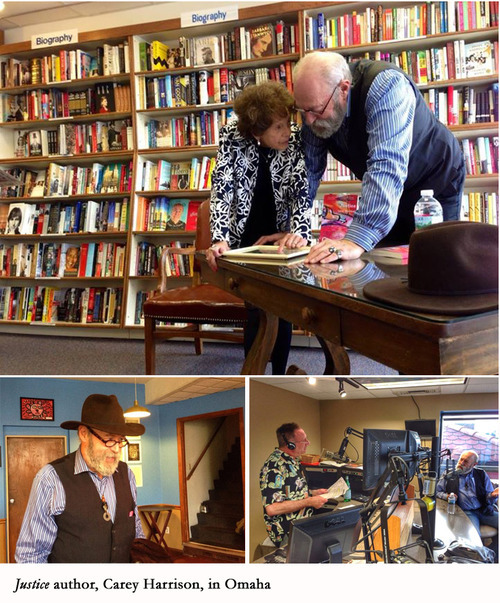 Over the last weekend in April, Carey Harrison visited Omaha, Nebraska, where his novel, Justice, had received attention from a local organization, Compassion Omaha.

According to the organization, the book’s themes of crime and punishment, and forgiveness, played into Compassion Omaha’s mission to bring to the attention of their city, and beyond, the urgency of the need for reconciliation where pain and anger had previously occupied embittered hearts. Justice is a timely book, and Harrison was flown out to Omaha for a series of events which included a radio interview, a book-signing at the Bookworm Bookstore, with a reading from the book and an ensuing discussion and, at the OM center in downtown Omaha, a debate with Richard White, professor of philosophy at Creighton University, on the nature of compassion as expressed in Justice.