Who Was That Lady? By Carey Harrison Featured On WAMC 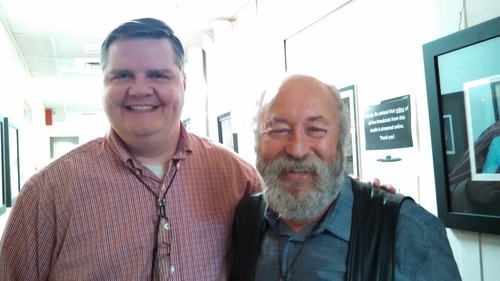 Joe Donahue, the celebrated host of The Roundtable program on WAMC, out of Albany, New York, interviewed Carey Harrison about his new novel, Who Was That Lady?.

The conversation ranged widely across the author’s life, the genesis of his new, ample novel, and its numerous themes and settings. Chief among these are psycho-therapy, archaeology, shamanism, France, Britain. America, and the Far East. Joe and Carey discussed Carey’s route to a writer’s life, emerging from a childhood spent among celebrity actors including his parents, Sir Rex Harrison and Lilli Palmer. Fame was a topic that came up; as did madness, in view of the novel’s themes, and the troubled life of Carey’s beloved stepfather (no less beloved than his own father), a bi-polar paranoid schizophrenic. Hence, Joe speculated, Carey’s lifelong interest in therapy and the deranged mind. Carey commented that his father, Sir Rex, was a shy man, whose emotions were often hard to puzzle out; not so Carey’s stepfather. These matters have their place in Who Was That Lady?, which Joe recommended warmly to listeners.

The whole interview can be accessed via the following link:

Who Was That Lady? is receiving glowing reviews from its readers, and we hope to soon be bringing more news of the rising tide of its reception.