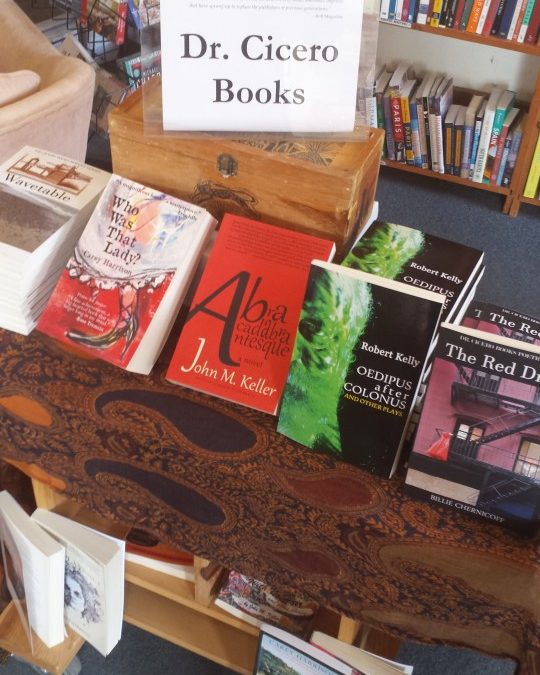 On Sunday, May 3rd, “The Bookstore”, in Lenox, Massachusetts hosted the unveiling of the first two titles in Dr. Cicero’s new poetry series, edited by the distinguished poet Robert Kelly.

The two books launched were Wavetable by Michael Ives and The Red Dress by Billie Chernicoff. Both poets read from their work before a crowd of several dozen.